The Greatest Hits Of Kevin Mahogany 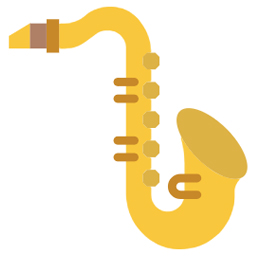 Hailing from Kansas City, he was bound to take inspiration from the jazz heritage of the city.

Kevin Mahogany was undoubtedly one of the biggest names in the Jazz  music industry. He was known for his heavy but silky and velvety voice which he combined brilliantly with his languid style to become a unique performer and personality in the music world.

Hailing from Kansas City, he was bound to take inspiration from the jazz heritage of the city. But he also took inspiration from performers like Eddie Jefferson, Johnny Hartman and Jon Hendricks.

While taking forward the tradition of 1960s and 1970s jazz and r&b, he also brought in the influence of that style of jazz music which harmoniously combined the elements of bee-bop and blues that flourished.

By fusing elements from blues, r&b, soul and rock forms of music, he brought into life his own unique style that made him famous.

The scat singing that he did added another string to his bow.

Some songs stand out for their unique quality.

While Mahogany performed many great jazz numbers, some songs stand out for their unique quality and the level of brilliance displayed by him. Here is a list of those songs.

This is a unique song as it begins with a scat exchange between Mahogany and the drummer Lewis Nash. This is followed by a masterful performance from Mahogany where he uses Eddie Jefferson’s vocalese lyrics at a very fast pace but without the slightest glitch. There is another scat performance at the end, this time solo, that ends this wonderful song.

This song was already a classic when Kevin Mahogany decided to give it his own treatment. Mahogany’s articulation of this song’s phrases combined with the efforts of the band playing with him makes this a treat.

If you are a fan of scat singing, then Big Rub is a feast for your ears. Kevin is at his best here showing off his scatting skills in a most impressive and delightful way. To make this song even better, the members off the band lend great support to the vocalist with an impressive display of their own skills.

This is where the all-round talents of Kevin Mahogany come into play. Here, he has played the role of both a lyricist and singer. This is a critique of the world of music recording which is both entertaining as well as musical.

Mahogany, with his smooth and clear voice, infuses indescribable beauty in this romantic song penned by James Taylor.

Once again, in this album, Mahogany’s voice takes this song’s lyrics to a whole new level of emotional resonance. He is greatly supported by the instrumentalists.

Mahogany himself arranged the music for this song and with just bass and percussion in the background, produced another classic.

Our website is about exploring and presenting the glorious career of Kevin Mahogany, one of the greatest jazz singers of all time. His death at the premature age of 59 may have robbed us of many more great songs, but it cannot take away all the great work that he did previously.

How And Where To Buy Mahogany’s Tracks?

The Greatest Hits Of Kevin Mahogany

How And Where To Buy Mahogany’s Tracks?

This is a sidebar that can be used to put an extra menu with details that don't need to be on the main menu. It also serves as the mobile menu area!